Thanks to millions of clips of  spaceship video footage, new archeological discoveries, and the on going crop circle appearances en masse, many in the meta-scientific community are, , , sure that disclosure is positively around the corner.  Just so you know, EVERYONE wants to play down here on Earth. Not just “Satan”, and “Jesus”, and Mitt Romney (is Satan? just kidding), and Joan of Arc, and Sarah Jessica Parker and other superstar Masters (many of whom would love to, and some of whom do, own multiple bodies, like cars, that their over-souls drive).

The ETs want in too. Can you imagine how frustrating it must be to be told everyday by humans that you don’t exist simply because you don’t naturally materialize in the 3rd Dimension when in your natural state? 3D happens to be a lower much frequency than what the ET are holding, so It’s like someone saying the AM radio frequency is more real than wifi because they only have an old transistor radio to pick up  the signal with. There are many different signals flying around out there, we just may not have the appropriate technological equipment to pick them all up.

But now we can all see the writing on the (Facebook) wall. Just google or youtube aliens, ET, space ships, UFO’s, etc. Images are multiplying and piling up in galleries online. It gets harder and harder to deny at least some relationship between ancient cultures, spirituality, and spacecrafts.

I mean really, what the hell are helicopters and hovercraft doing in Earth’s Ancient carvings?

There are no vague, religion-based misinterpretations to be made there. THAT IS A HELICOPTER.

Party on our ship up in the sky and you’re ALL invited. No? 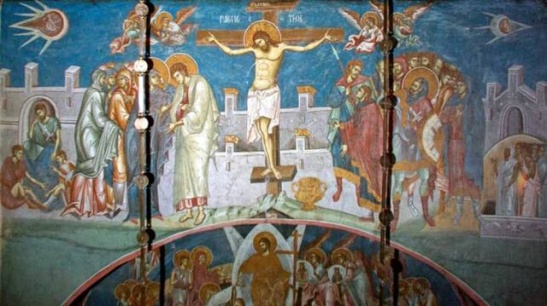 Why are Jesus’ boys waiting for him in space pods on the sidelines of the cruxifix? 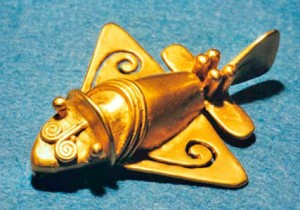 Certainly doesn’t look like a bird or a fish… How did ancient Central Americans know what modern day airplanes would look like? Well, either they were masters at time travel (quite likely), or they had some visitors in flying crafts. Probably both.

ET have repeatedly shown up illustrated on cave paintings all over the world, oddly similar in depictions.

Can this really just another portrait of the ancient “spirits”? Why do modern scientist consider spirituality or religious beliefs the excuse for ancient cultures having “visions” of these sorts, but they refuse to consider the possibility that the ancients were in communication with aliens? Both spirits and ET have been experienced by many, many people in uncountable reports, and so far, both are invisible and non-quantifiable in science that uses 3D technology and vision to measure. 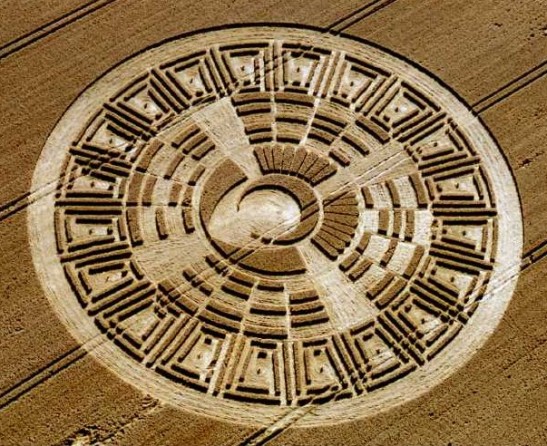 Why are we still convinced that bored farmers or sci-fi, fanatical craftsmen are staying up all night to make crop circles, in the dark, all over the planet, as a hoax to fool people into believing that ET exist? I mean really, are you telling me that you’d go to all the effort of creating such a hoax, and then NEVER take the credit for such magnificent artistry and skill? (technically, 2 guys in the UK admitted to being the one’s who made all the crop circles, but they never were able to show anyone how they did it. Why was their admittance of creating the hoax without proof of their ability to actually execute such a thing more acceptable than the possibility that it was created by UFO’s?) Seems like the artist’s signature is all over it, but WHERE is the artist? Biggest non-secret…EVER.

The continual debate about whether or not THEY exist is annoying to all parties involved. Enough already. I try to think of it this way: It’s not a us or them situation. They are US. WE are them. Weird shit is happening all over Earth, and certainly in space (just tune into what the astrophysicist are reporting). This is not a black and white, Hollywood movie where one dominates the other, it’s a strange cosmic soup where we’re all absorbing each other’s aroma, flavor, and energy, to make something really weird and spectacular.

So, if the ET’s are doing cool, weird things with lights and electromagnetic fields in wheat fields, then sure, so are WE.  If they are imprinting their images into human consciousness then we are also co-creating and manifesting those images into all kinds of art forms, including some pretty awesome movies.

Some want in, some want out. BEings are also being absorbed into the Great-ALL-Nothing while waiting in line to get into and off of Earth, and for some, even that won’t get their transfer request thru (or will it? I’m  not entirely sure about that one, it might be just the ticket. It’s a ticket to somewhere, but it’s hard to say where). Eitherway, there quite possibly is a que around multiple Earths, only one of which is accepting applications for entry or exit, and up until now, it’s been very hard to get in or out in 3D form due to all the bureaucracy (imagine USA’s immigration law negating whether or not you can get born or land on this planet. If you’re already here, you’re grandfathered in, but just try to make a request to change something).

They can co-create new planets and galaxies in the higher dimensions, but (some believe) that that the ETs are still challenged to grow their own itty bitty bodies all by themselves. I think it’s more likely that when they come to play on Earth in their original, 3D, skin-suits,  they’re sick of being dissected by our Scientist (who are also trying to create hybrids, only they use more archaic methods for retrieving their DNA samples. Think along the lines of brain dissections vs. mosquito bites).  So the ETs need a little help from us to slide through the immigration lines: they’re borrowing a little of the 3D visual programming  from our DNA. They need our input and help to figure out how to do what we do, accidentally, on purpose, and on a daily basis. I’m talking about making 3D baby bodies. And we’re helping them. We’ve been collectively splicing the multiple DNAs to evolve humanity and create hybrid humans. This will open the immigration gates up so they can get bodysuits of their own working down here on the Earth terra plain. Welcome to the new paradigm, things are going to get progressively weirder. So are the humans we meet here on Earth.

The technical disagreement comes about whenever one wants to define whether these strange children are US or them (do we really need to do that anyway?). Is the ET in the human or the human in the ET? Many of their (OUR) hybrids (at least the successful ones on Earth) tend to look like, and arrive just like we do, in human skins, down the ol’ birth canal.  So, one could say, technically, they are humans, and on a physical level that would mostly be correct. But the soul inside the human-suit, harder to define where they’re from (but I suppose that’s a hard one to answer for any humans. Aren’t we all composed mostly of stardust anyway?). This hybridization human program is the best way to sneek across the 3D Earth entry line without dealing with the bureaucracy of Earth immigration.

So sometimes, our hybrid-humans act kind of  strange. Think of the genius, autistic kids that pop up all over the planet. Many of them are still working out the glitches in their skin suits (like how to communicate with our archaic human language format). Needless to say, they’re still not taken seriously down here, unless they’re they are fully operational 9 year olds developing insane technology or art (and quite possibly still not speaking “normal”).

Or when an Autistic kid suddenly figures out how to communicate clearly after 11 years or appearing to have something close to down syndrome.

Meanwhile, Jesus is like “Hey guys, I’m BACK! I’M BACK!!!” and all the Christians are like, “HE will come AGAIN, HE’S COMING… soon?” He’s downloaded his consciousness into about 10 million people like a computer program (maybe that wouldn’t exactly qualify as being “back”? But again, these are technicalities) and the hard core Christians expect another white guy with a beard (or whatever they think Jesus looks like) to show up doing miraculous, magic tricks. Religion, way to oversimplify things. Oh brother. 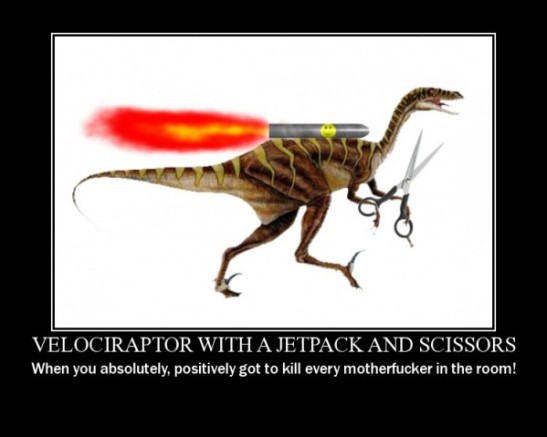 We’ve got Reptilians playing puppet master in the corporate corner and Pleiadians working on a 24hr beck and call job with light workers and starseeds to “free the planet”, and both have so much ancestry here that they ARE US at this point. And yet we still deny their existence.  Many humans think the existence of ET’s is as about as legitimate a believing in fairies. (The fairies are so pissed they’d like to diss-acknowledge OUR existence. Don’t even get me started on the fairies. Thank God they’ve taken the high road. God bless ’em.) 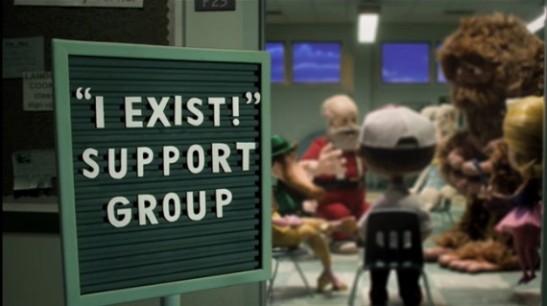 I guess all the disagreements over what exists and what doesn’t is a dispute of technicalities which is most related to our 3D human language challenges. We speak in symbols because words and images fail to be specific enough to capture the truest essence of anything, therefore we’re always trying to find the facts. What if there are no facts? Nothing can be a literal translation, as literal translations are still only one point of view’s interpretation, one timeline, one dimension view, etc. (Sure President Obama was elected, but by who? Who made that happen? How did it happen and why is it playing out differently than how it was presented and projected? Was there a switcheroo? When you start asking questions without reportable answers facts and dimensions, start getting less defined.) With the 3D communication format, it’s easy to discredit pretty much anything. Therefore, we’re still waiting for disclosure… I think Lavandar of the Starseed Acadamy said best: it might just become a thing that everyone develops temporary amnesia over and suddenly all agrees upon, like, “Duh, of course we knew about the ET being here all along. Them’s US. You just mis-interpreted what we said before (uh, what did we say before?).”

Thanks to my Team and Galactic Family, the Galactic Historian, Lauren Gorgo, Inalia Benz, Richard Bartlett, Donna Cerame, William McCarthy, Tom Kenyon, Lucia Rene, Bashar, and Lavandar, Arielle and the team of the Starseed Hotline, all of whom have bravely shared with me their own strange and unusual truths and wisdom, which in turn have greatly inspired and influenced my own version of TRUTH.

This entry was posted on August 11, 2013 by Eliza Starbuck in Uncategorized and tagged Disclosure, ET, UFOs.