Before I begin, I’m going to make it clear, I am not an Astrologer, nor am I an Astronomer. I am an undefined space traveler who has a limited understanding of quantum mechanics because of my experience as such. Therefore, this explanation of Astrology comes from my many years of obsurving the magic and synchronicity of Astrology, and  from my curiosity and desire to understand something through the use of human language that I have yet to find anyone explain in a way that makes logical-heart felt sense to me. I aim it directly from my heart to yours. I hope it resonates with you, and if it does not, I hope you will not hold my shortcomings in my limited abilities to use the human language against me. Now, let’s get started.

Here is an Astrological Clock.

No, no, no, that’s just a clock! Now why does this look familiar? Oh, right, maybe it was a something we were supposed to remember to check. Now, this is an Astrology Wheel. See some similarities?

Astrology is as old as the stars and is the method that humans around the world have used to decipher how our position within the Solar System, and within our galaxy influences the energy on Earth, and in ourselves in our day to day living. It is a holistic approach to life that relates and connects the very large (star systems and galaxies) to the very small (US) in a fractal system that suggests “As above, so below”. 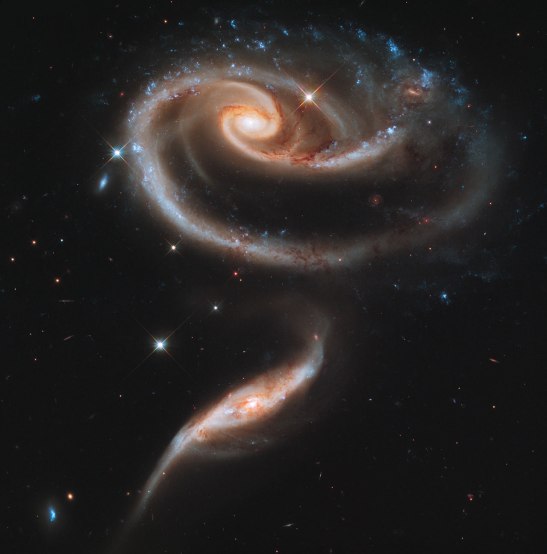 Different pockets within the planetary rotations of the fractal universal-galaxy-solar systems hold different energies. Why? Well, because they hold different gasses, compounds, planets, and star systems, and each one has it’s own qualities, characteristics, and vibe.

Another Fractal Space Image from Hubble

In the same way “Fall” has a certain vibe: red, yellow and gold colors, the smell of dried leaves in the cool, crisp air, we know that in the Fall the weather always changes and plants always die. But why is Fall Fall-like, as opposed to Summerish or Springy? Fall happens because we live in space. 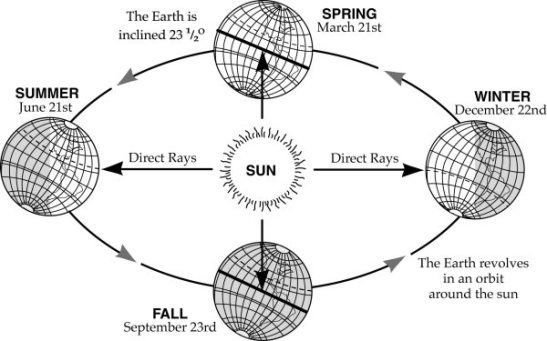 Astrology uses data collected by Astronomers to track our position in space, as well as the positions of other planets in relation to us. The purpose for tracking planetary bodies is so that we know when certain astral influencers (planets, stars, astroids, comets, etc) are getting close enough to effect us, and also so that we can track alignments of planets in relation to us. The alignments of planets have strong influences on the movement of energy in space, and in particular, the bodies which are involved.

Think of the effect that stone alignments have upon us when we look at them. There’s something majestic, powerful, breath-taking, important, and impressive about alignment.

As opposed to the usual natural scattering of things, stones, stars, which is nice in its own way, but which has a completely different effect on the energy of a place and upon us as conscious viewers. 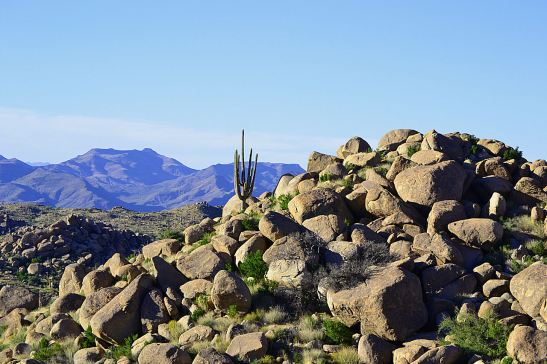 No alignment, and they won’t have so strong an effect on us.

Now, in addition to their position in relation to us, each star, planet, and chunk of space rock also has it’s own personality: signature energy, or magnetic field, which it emits. Like the Sun, which emits light and radiation, every planet has an energy field that we interact with as we pass.

A wise, old Shaman explained it to me this way: imagine you’re walking down the street and you walk past another person. The closer that person comes to you, the more their presence effects your thoughts, feelings about yourself, perhaps even your body chemistry and hormones based on if they are masculine or feminine.

As they pass you, their influence upon you and your circumstances gets stronger and stronger. Then, eventually they pass, and get further and further away, and their influence ebbs away until they no longer have a pull on you.

Planets and the 12 Zodiac space pockets are just like people; they have masculine and feminine charges, and each one has a specific signature energy that effects Earth in a different way as they pass our planet. Here, Earth is shown in the center, and the planets are placed in their different Zodiac pockets of space in relation to Earth within our Solar System.

This is the way Astrological Birth Charts are set up for reading purposes.

Below is another way of looking at the pockets of space and our relationship to them throughout the year. Each cycle or rotation cycle (such as one year- one revolution of the Earth around the Sun), has been divided into 12 pie pieces or pockets of influential energy and are known as the 12 Zodiac signs (or house) with each pocket holding it’s own signature energy or patterned occurrences. The 12 Zodiac signs are named for 12 different constellations, or star systems within each pocket of space.

another way of looking at Earth in relation to the Zodiac

Birth-chart based Astrology implies that you as an individual are imprinted with an energy-signature based on the coordinates of your specific location at the exact time of entry into this world when you are born. This personal energy-signature holds information about your life path, your soul’s evolution, and potentially where your energetic-signature resonates with most in the galaxy, among other things. The information you glean from it (or not) depends upon your belief systems and, potentially, the belief systems of your Astrologer. But, as one of my favorite Astrologers, Lavandar, would say, “Understanding is not a prerequisite for a happening.” The stars still exist even if you choose to ignore them. If you are interested in a galactic view of yourself through Astrology, I’d recommend getting a reading with Lavandar or Arielle over at Starseed Hotline. 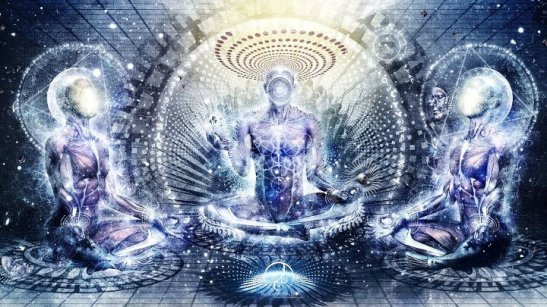 Do I believe in reincarnation, and past lives, and parallel dimensions & multiple worlds? Yes, and no. It depends on who is or isn’t defining them. I’d say holding a less defined construct of these ideas is an infinitely more expansive and useful way to view and experience them. Some definitions I’ve heard of these things seem limited, because when defining something that is limitless, well, you cannot “define something that is limitless”, especially not with our human vocabulary. Regardless, I will attempt it as loosely as I can to make my point about why Astrology should be taken seriously. We are ALL from many places and experiences that are not “of this world” or our (seemingly limited) lifetimes, because, at our most basic cellular structure we are all made up of energy and star-dust which has been recycled for millions and potentially billions of years. That old stuff is a part of US, and the energetic residue of it might even have an effect on who we are, but how can we tell specifically how or what part of it effects us?  An Astrological birth chart shows the signature markings of those otherworldly-self experiences or soul credits. 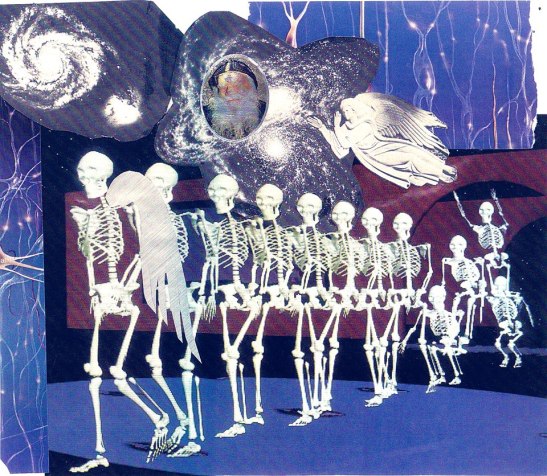 An accomplished Astrologer can read your birth chart’s planetary coordinates and decipher how your current coordinates in outer-space will interact and effect your energy, outcomes, and surrounding life influences. This application of astral awareness to daily living means that you energetically acknowledge and agree with the concept that we live on a planet in a solar system, which is within a galaxy, which is within a universe, all of which are made up of energy which interacts and effect all other bodies of energy within their related systems, and that you believe that WE, as beings within this great fractal system of energy, are effected by the greater systems we live within.

It’s kind like acknowledging and accepting that the system of the government does effect our daily lives on some level, (like now we have roads to drive on) so it’s good to know who your elected officials and candidates are and what they stand for when you go to the polls to vote, (and even better to know their birth date, time, and location).

Through Astrology, humans have been applying the theory of relativity to our daily lives for Ages. It is based on Astronomical charts, and the calculating systems are updated as new information through Astronomy comes up. The difference is that Astrology is not a controlled science, but rather a harmonious one.

I’d imagine it is generally accepted among Astrologers that the Universal game board of Astro-charting is not a flat pie with points that move around it like the arms of a clock (the way Astro-Birth Charts might appear to an untrained eye), but a multidimensional space-plain that maintains it’s general shape but might be somewhat wobbly and ever shifting in nature. I rely on the insights that Astrology provides, and find a good Astrologer’s updates to be very helpful and pertinent to my daily life. Some favorite sources for Astrological updates are The Power Path, School of Shamanism (sign up for their monthly newsletter), and Eric Francis of Planet Waves is an excellent Astrologer with great articles on his blog. I also recommend the iPhone App Time Passages Pro which allows you to check your daily transits and aspects, and can generate an Astrology chart for anyone you know with a birth date. 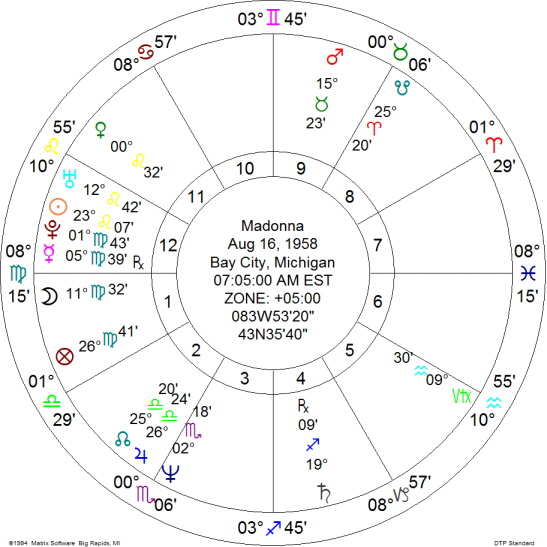 If you were a space traveler, the map of the Zodiac would be your GPS. Oh, wait, WE ARE ALL SPACE TRAVELERS! Hope you’ve got your GPS (Galactic Positioning System) turned on!

One comment on “ASTROLOGY: MAKING SPACE PIE OUT OF SOUP!”